Heads Up for Bikers

Bike HUD is a remarkably simple concept that puts important instrumentation directly in the rider’s eld of vision without obscuring the view ahead. This helps overcome some of the unique challenges associated with riding a motorcycle, such as remembering to cancel indictors, knowing which gear is selected, and checking speed while maintaining observation of the road.

The system features a monocle display that clips onto the rider’s helmet and displays current speed and indicator status on a miniature OLED screen, using colour coding to highlight urgent issues such as excessive speed. Other information can include gear selected, time of day, engine speed and fuel level ( figure 1). The rider can customise the display using a handlebar-mounted controller, and choose from four modes suited to commuting, leisure riding, touring or track days. The system’s central computer, known as Bike HUB, is mounted in a convenient position on the chassis ( figure 2), and connects into the bike’s original wiring. The three units are linked by cables, saving the complexity of wireless communication and allowing the monocle to operate without a battery. 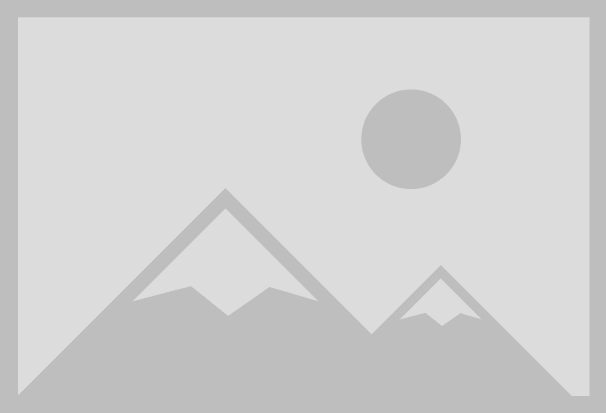 Getting the Project on the Road

Dave Vout, Managing Director of Bike Systems, the company behind Bike HUD, had to deal with significant practical constraints to realise the system as an aftermarket product ready for riders’ bikes. The units had to be small and lightweight, not only to avoid interfering with the appearance or dynamics of the bike but also to maximise market appeal by allowing a versatile fitting compatible with the broadest possible range of bikes. In addition, each unit had to be tough enough to withstand the rigours of everyday use, including environmental hazards such as rainwater, condensation, dirt and dust, shock, and vibration.

Moreover, the system had to be offered at an affordable resale price. To achieve a price he believed the market would accept, Dave Vout set an aggressive target of less than £300 per system.

To deliver Bike HUD within the constraints prevailing, Dave Vout first contacted Birmingham-based embedded-systems house Bytesnap Design. He briefed founders Dunstan Power and Graeme Wintle on his idea, and together they began to assemble the development team comprising software engineers, the engineering team at Bluefrog Design in Leicester, and EC Electronics. EC Electronics was engaged to perfect the design for manufacture and take full responsibility for production, from component sourcing to building the finished units including custom cables.

Designed for Manufacture by EC Electronics

Also, by working with contacts at EC’s Hong Kong subsidiary EC Supply Chain Solutions, the company’s engineers were able to source an important custom component at a more competitive price.

In addition, by taking advantage of well-developed in-house processes for low-pressure overmoulding, EC’s engineers were able to overmould a rugged external packaging for the modules that would provide a high level of protection for the electronics against hazards such as ingress of water or dirt. “As we discussed the possible packaging options, it became clear that low-pressure overmoulding is well suited to the cost, performance and volume requirements of Bike HUD,” comments Bytesnap’s Dunstan Power.

Low-pressure overmoulding is a cost-effective encapsulation process that was first deployed commercially in the automotive industry, to produce rugged, lightweight assemblies on a fast-turnaround basis. It is suitable for a wide range of applications, such as plugs, connector housings, cable assemblies and sensors, and allows features such as grommets to be integrated with the assembly in the exact position required. The typical turnaround time is about two months, from design to completion, much faster than competitive injection moulding methods.

Tooling, usually a two-part custom aluminium assembly, can also be produced at lower cost than tooling for injection moulding. The PCB to be overmoulded is placed in the tooling and encapsulated using a liquid polyamide thermoplastic. When the thermoplastic cools, the finished assembly is removed from the tooling. “Having this process available in-house allows us to manufacture low production volumes at competitive prices and to a very high standard of finish,” comments Bill Green, low pressure overmoulding specialist at EC Electronics.

For Bike HUD, EC Electronics produced three sets of tooling, for the monocle, the handlebar controller, and the Bike HUB central computer. The EC engineering team developed a two-stage overmoulding process for the Bike HUB, to design out the possibility for air inclusion in the complex encapsulation and so ensure the best possible production yield.

First to Market, through Candour and Commitment

The success of Bike HUD has been extraordinary, especially bearing in mind that EC Electronics joined the project in July 2013, just five months before the target launch date. “We had to launch at Motorcycle Live to be sure of being first to market, and EC’s commitment was pivotal in enabling us to achieve our goal,” explains Dave Vout. Praising the candour of EC’s contract managers, he adds, “Being able to discuss professionally what was possible and what was not, often under quite challenging conditions, helped us keep the project on track and ensure that we received everything we needed in time for the launch.”

“We proved we can deliver a specialised, low-volume product to market quickly and at a competitive price. Our partners have been genuinely committed to our success, going beyond what I expected from a commercial standpoint, and I aim to repay that loyalty in the future. As we work on the next version of Bike HUD to add extra features such as GPS navigation, EC Electronics is our preferred manufacturing partner. Together I am sure we will achieve further tremendous successes.”

Want to discover more about our electronics manufacturing services and how we can help with your next project?

Get in touch today

Page load link
We use cookies on our website to give you the most relevant experience by remembering your preferences and repeat visits. By clicking “Accept All”, you consent to the use of ALL the cookies. However, you may visit "Cookie Settings" to provide a controlled consent.
Cookie SettingsAccept All
Manage consent

This website uses cookies to improve your experience while you navigate through the website. Out of these, the cookies that are categorized as necessary are stored on your browser as they are essential for the working of basic functionalities of the website. We also use third-party cookies that help us analyze and understand how you use this website. These cookies will be stored in your browser only with your consent. You also have the option to opt-out of these cookies. But opting out of some of these cookies may affect your browsing experience.
Necessary Always Enabled
Necessary cookies are absolutely essential for the website to function properly. These cookies ensure basic functionalities and security features of the website, anonymously.
Functional
Functional cookies help to perform certain functionalities like sharing the content of the website on social media platforms, collect feedbacks, and other third-party features.
Performance
Performance cookies are used to understand and analyze the key performance indexes of the website which helps in delivering a better user experience for the visitors.
Analytics
Analytical cookies are used to understand how visitors interact with the website. These cookies help provide information on metrics the number of visitors, bounce rate, traffic source, etc.
Advertisement
Advertisement cookies are used to provide visitors with relevant ads and marketing campaigns. These cookies track visitors across websites and collect information to provide customized ads.
Others
Other uncategorized cookies are those that are being analyzed and have not been classified into a category as yet.
SAVE & ACCEPT
Go to Top